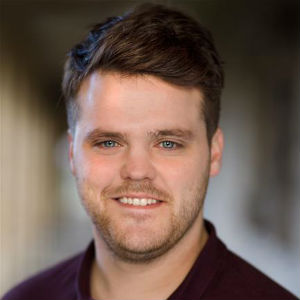 Alistair trained at the Guildford School of Acting, graduating in 2011. Since training, Alistair has been very lucky to obtain various experience including: swing in The Phantom of the Opera (UK tour); swing/cover Phantom in Three Phantoms (UK tour); Ted Blacklock in The Hired Man (Landor Theatre, London); Aslan in the world premiere of The Lion, the Witch and the Wardrobe (North Wall Arts Centre, Oxford) and soloist with the 12 Tenors (China tour). Pantomimes include: Jack and the Beanstalk as Gregory Poops and Beauty and the Beast as Buster Duster (both at the Hereford Courtyard Theatre). Most recently, he appeared as Lightoller in Titanic (Charing Cross Theatre). Alistair is delighted to join the company of Bumblescratch and hopes that you enjoy the show. @asbarron89