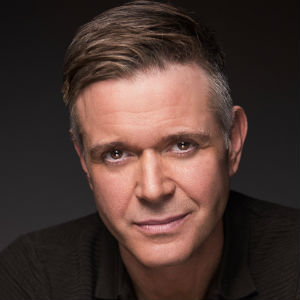 Darren’s first starring theatre role was as Joseph in Joseph and the Amazing Technicolor Dreamcoat. His West End career includes: Summer Holiday, Grease and Copacabana. On tour, he has starred in Alfie, Carousel, Great Expectations, Godspell, The Rocky Horror Show, Hello, Dolly!, We Will Rock You, The Last Session, Brother Love’s Travelling Salvation Show and Priscilla Queen of the Desert. Darren is an established recording artist. Simon Cowell produced his successful album Summer Holiday. He recorded the Queen hit ‘Only the Good Die Young’ for the Soldiers’ Charity. Cast albums include: Godspell, Great Expectations and The Last Session. In 2016, he released a new album, This Is the Moment. Darren’s solo concert show is touring the UK and internationally throughout 2016. On television, Darren played Hollyoaks bad guy Danny Houston. Other TV appearances include: Holby City, Crime Stories, Doctors, The Bill, Mile High, Extreme Soap and French and Saunders. Darren was also a popular finalist in Celebrity Big Brother. His 2016 feature film roles include: Rik Searle in White Island, Dimitry in Name of the Game and Tom in Rudy. @DarrenDOfficial