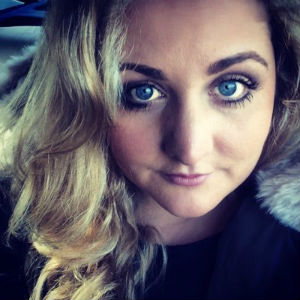 Katie made her professional debut playing Chiffon in the Menier Chocolate Factory’s award-winning production of Little Shop of Horrors, which later transferred to the Duke of York’s Theatre. Katie then went on to star in Fat Pig, playing the lead role of Helen, at the Comedy Theatre, directed by Neil LaBute. Other theatre includes: Bridget Baines in A Chorus of Disapproval, Sylvia in Stepping Out and Wicked (UK tours); Big Sue in Taboo (Brixton Clubhouse); Blow-Jo in WAG! – the Musical (Charing Cross Theatre); Sweeney Todd: the Demon Barber of Fleet Street (English National Opera); How to Succeed in Business Without Really Trying (Royal Festival Hall); Hattie in Kiss Me, Kate (Opera North) and, most recently, Sunset Boulevard (English National Opera at the London Coliseum). Television and film: Yvette Parks in What Remains (BBC) and Women in Clothes (Knucklehead Films). @damekatiekerr