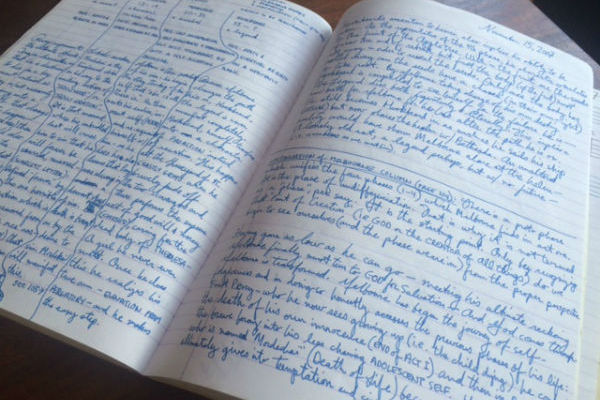 The four main roles in BUMBLESCRATCH are played by Darren Day, Jessica Martin, Michael Xavier and Ilan Galkoff. Here, Sherman tells us a little more about each of these ratty creations and a few details you may not already know about the actors playing them.

“Melbourne Bumblescratch” is the title character and it’s really his story, told from his point of view. He sees London as this gruesome, seedy place… It’s a cesspool or, as he says: “London is a seething vat of intrigue and suspense.” But from a disgusting plague rat’s point of view, these aren’t words negative description, these words equal joy and wonder. London something to celebrate. It’s his golden age. Darren Day, who plays Melbourne Bumblescratch, shares something in common with me: He’s exactly one day younger than I am. Maybe that’s part of what helps me see a little bit of Melbourne in him, because there’s a little bit of Melbourne in me.

“Bethesda” is Melbourne Bumblescratch’s long-suffering fiancé. Although he’s given her a ring, somehow his ring seems to conveniently slide off whenever Melbourne is on his way to the pub. But Bethesda takes no prisoners. She loves Melbourne, and feels alienated because of his lack of commitment, but she’s also hard as steel. Bethesda has some great comic moments in the show. Jessica Martin, who plays Bethesda, is, like Darren Day, well known for her master impressions. This skill serves the comedy in the part well.

“Hookbeard” is the ghost of a rat pirate. You might say that he’s Melbourne’s guardian angel (or perhaps more accurately, his “guardian demon”). But if he is a demon, then he’s a benevolent one. Cursed to wander the world alone, he is Melbourne’s “Ghost of Christmas Yet to Be” to put it in Dickensian terms. Michael Xavier plays Hookbeard. He is a rising star in the West End. Michael boasts a strong baritone and loans the character of Hookbeard a little of his own West End mystique in the bargain. I saw Michael most recently in Sunset Boulevard, where he played terrific counterpoint to Glenn Close.

I’ve always tended to start writing shows by creating the characters first. And “Perry the Plague Rat” was my initial inspiration for BUMBLESCRATCH and the first character I created. He’s an orphan rat-child, a youthful persona of Melbourne played by Ilan Galkoff, and the initial catalyst for the journey through London upon which Melbourne takes us. One nuanced aspect about Perry’s character treatment which I like to point out is how he’s introduced to the audience…