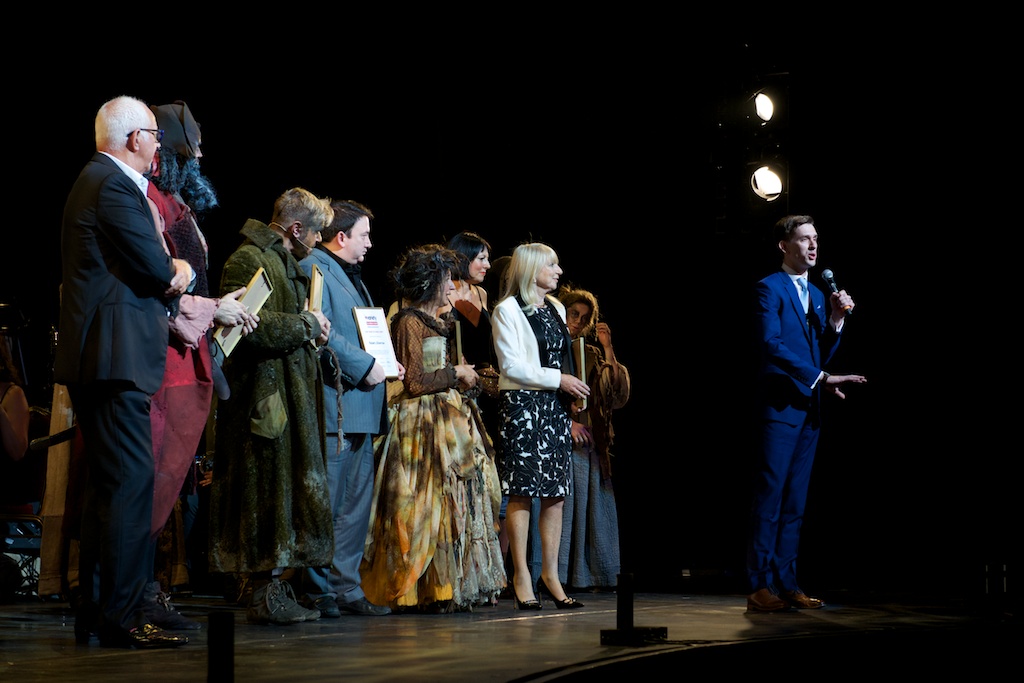 There was an extra surprise at last night’s gala performance of BUMBLESCRATCH at the West End’s Adelphi Theatre. Malcolm Brenner and Pamela Sinclair, trustees of the show’s chosen charity Variety, came onstage at the curtain call to congratulate Robert J Sherman, director Stewart Nicholls and the company and to thank them for their fundraising efforts. They then named the show’s adult stars – Darren Day, Michael Xavier and Jessica Martin – as new Celebrity Ambassadors for the charity. All photos © Peter Jones. 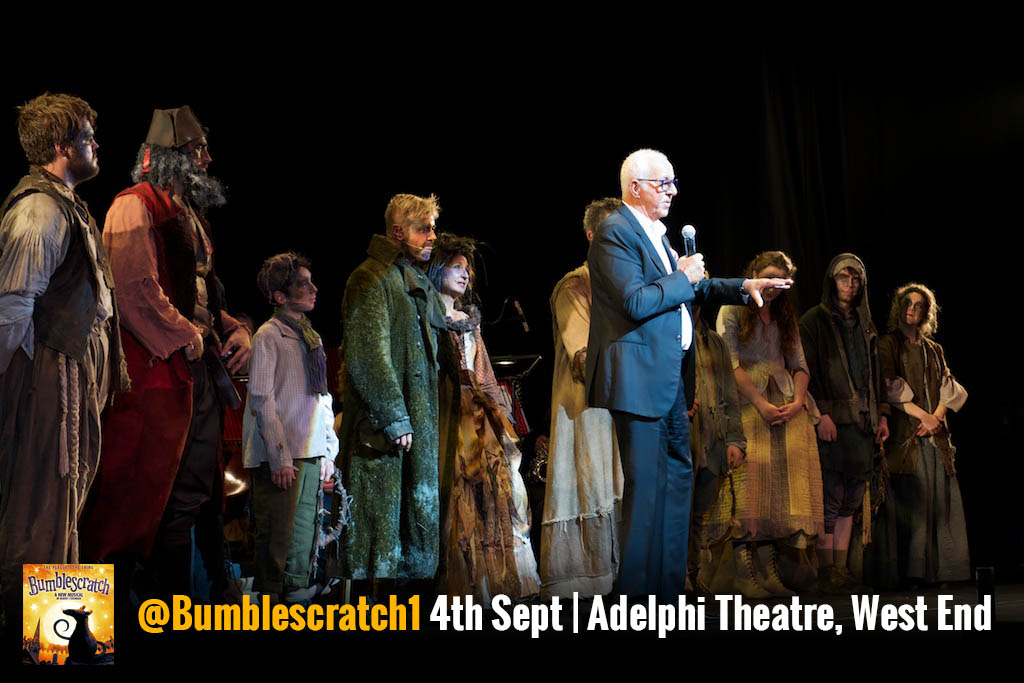 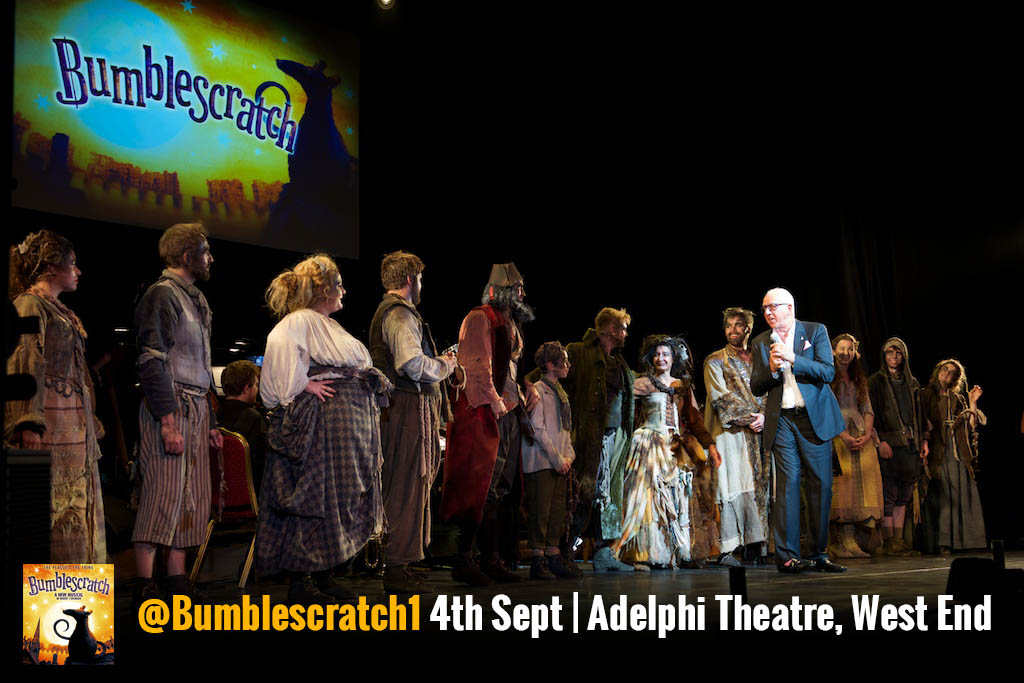 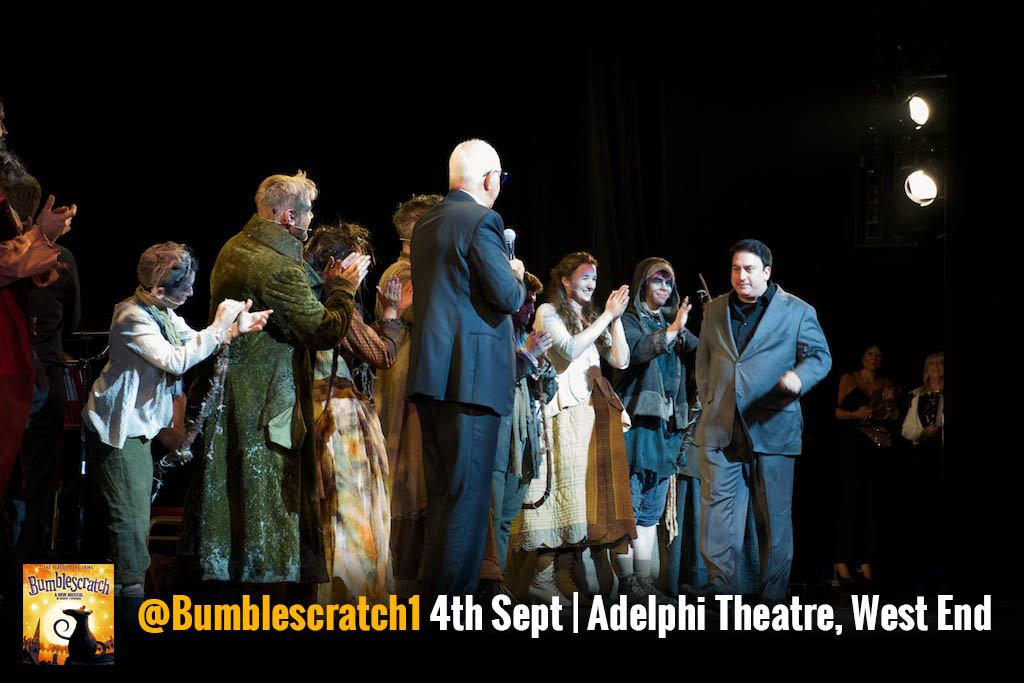 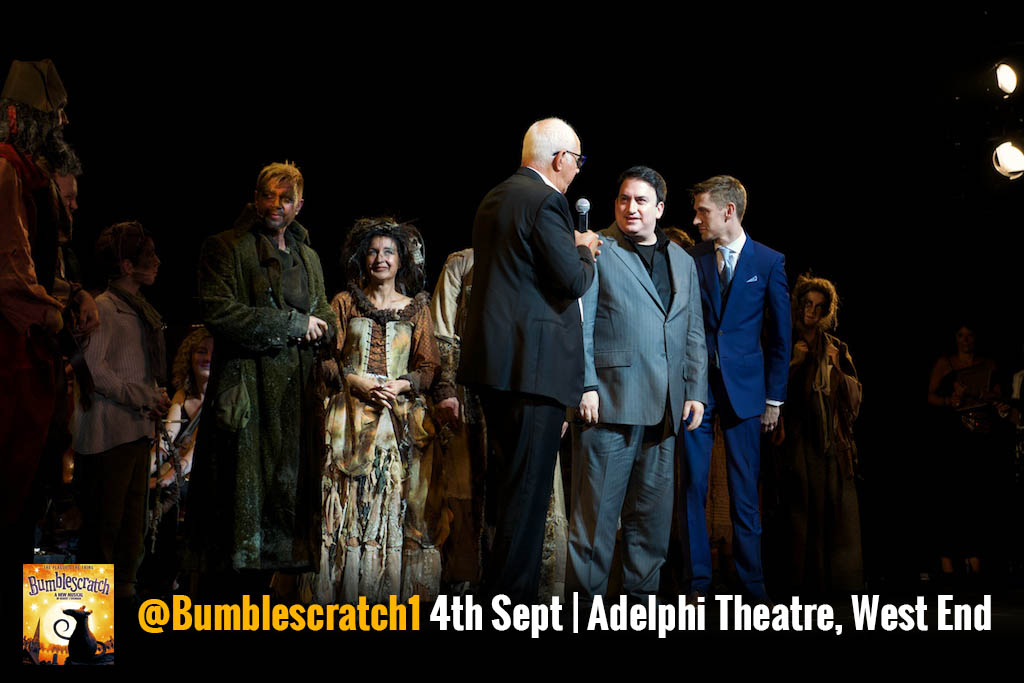 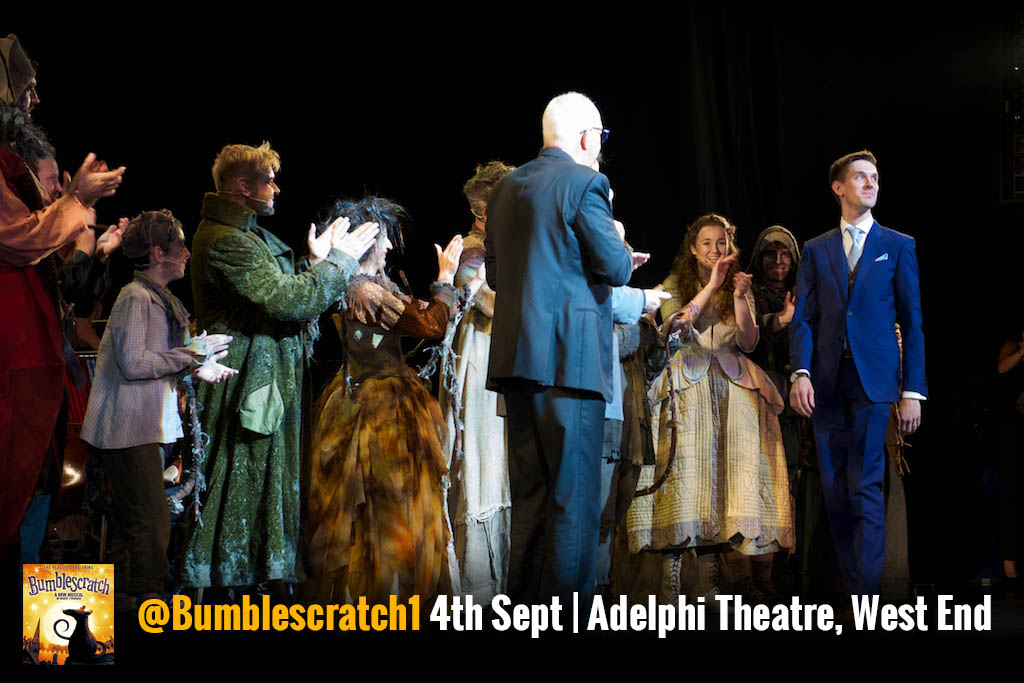 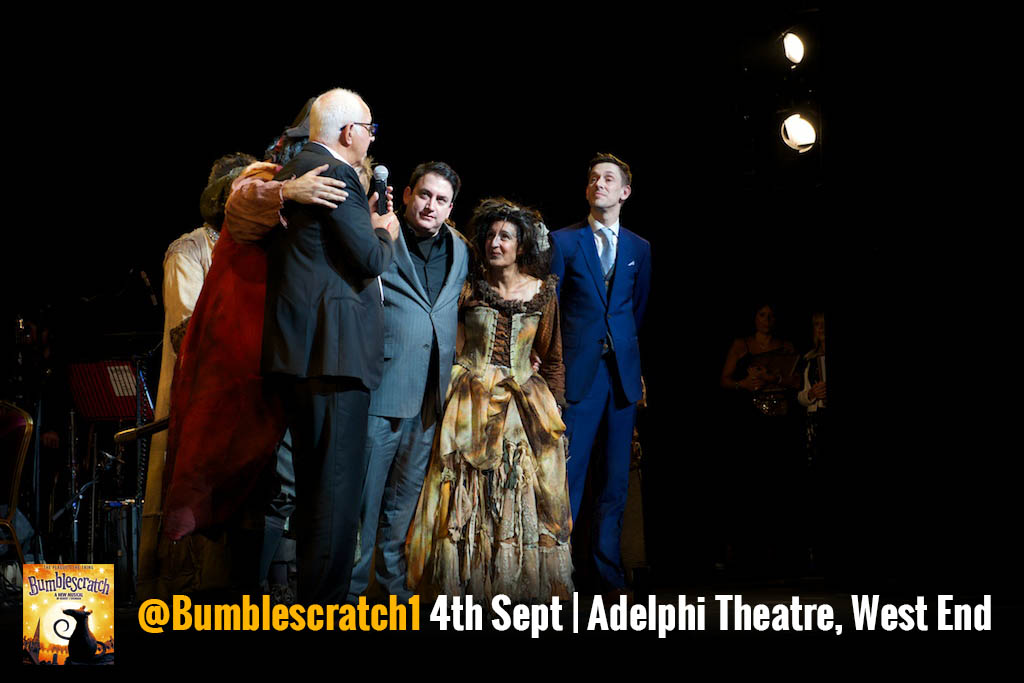 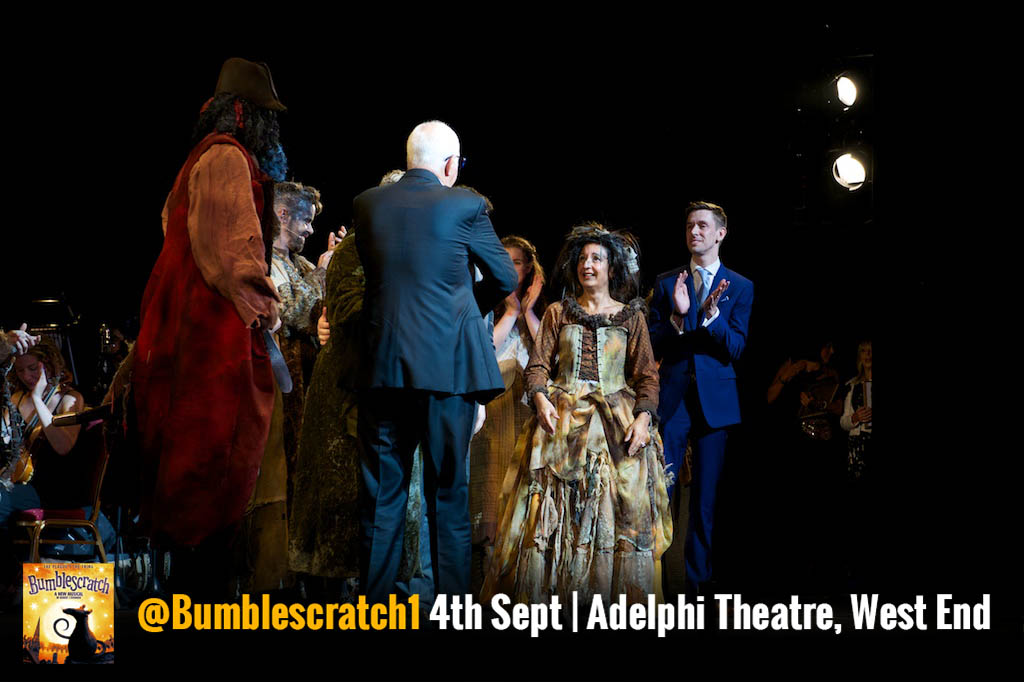 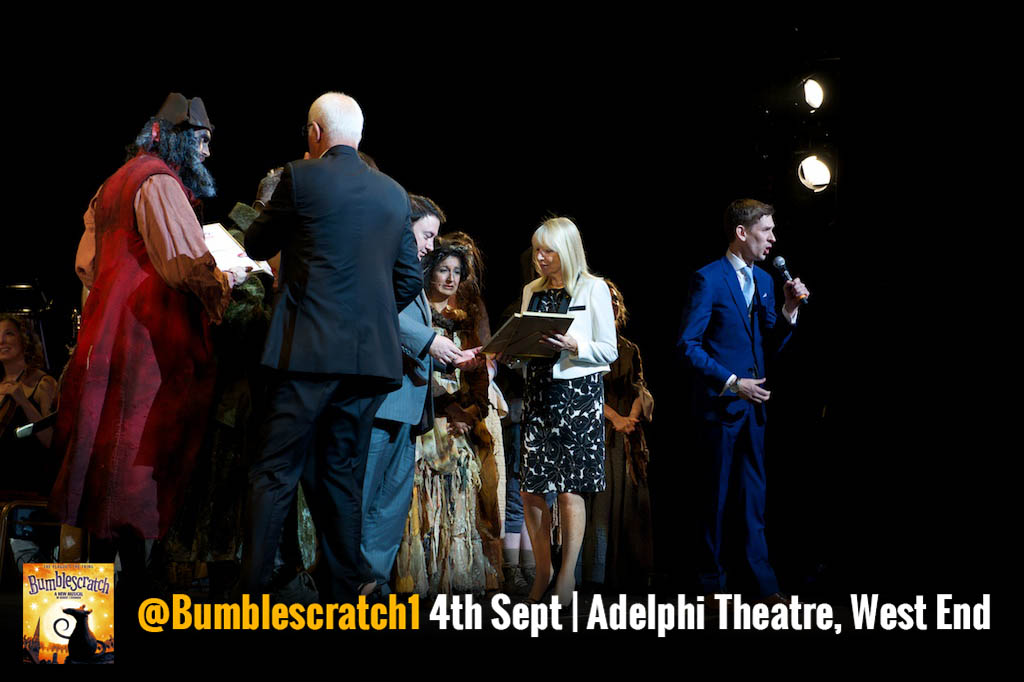 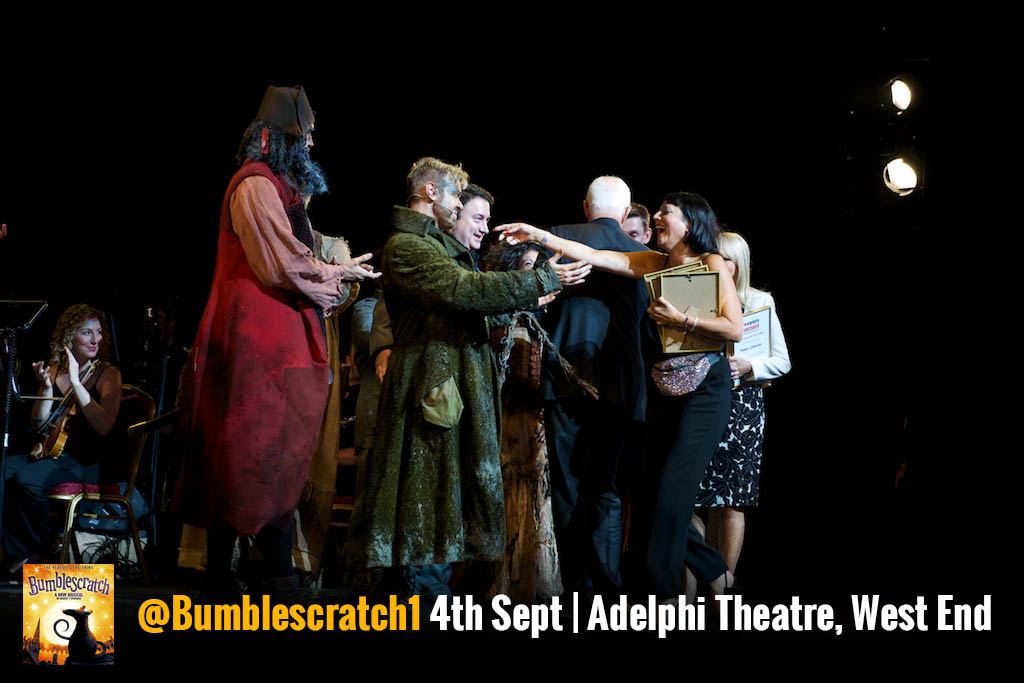 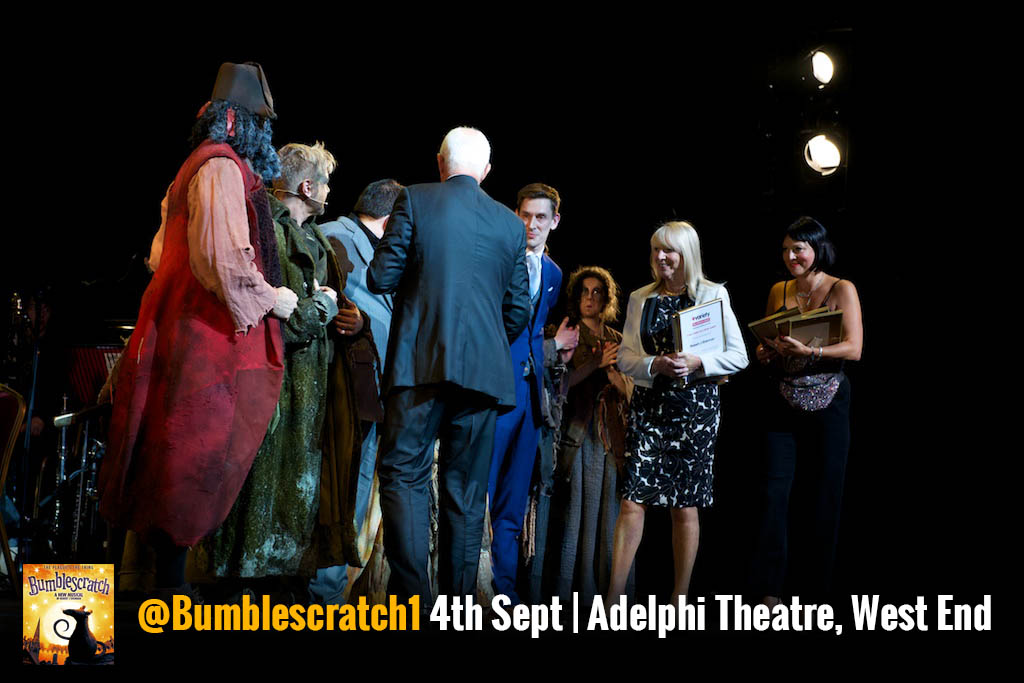 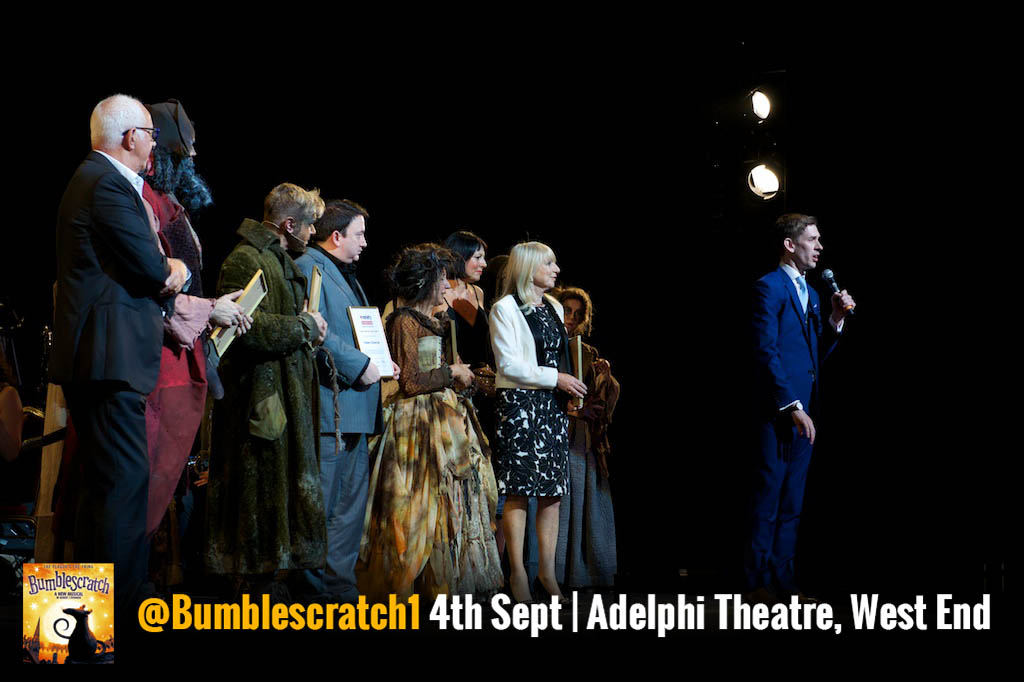 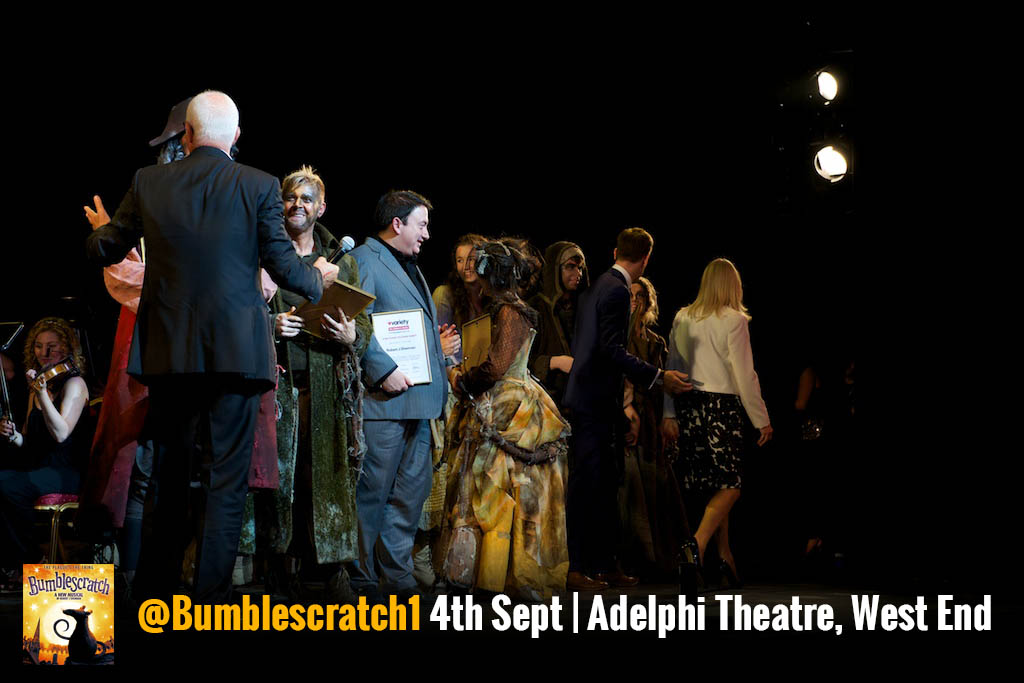 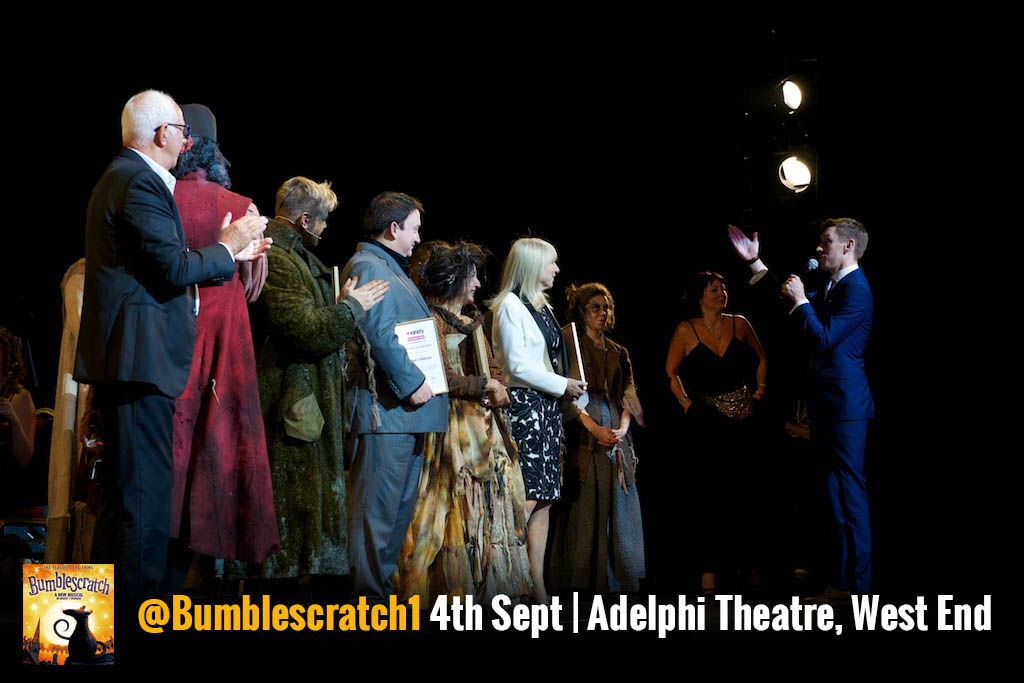 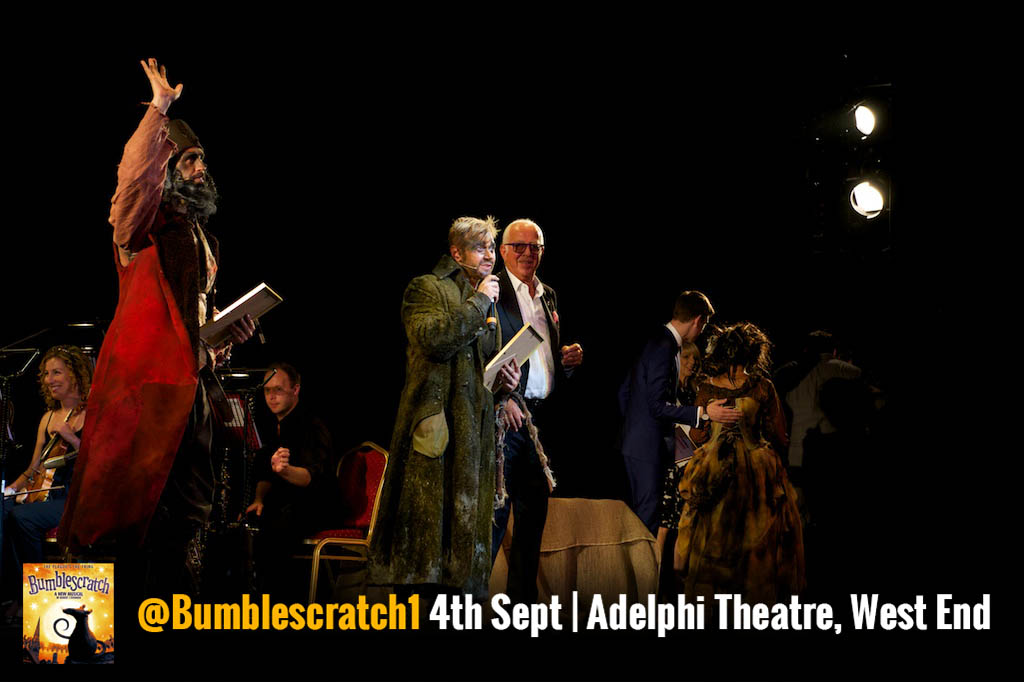 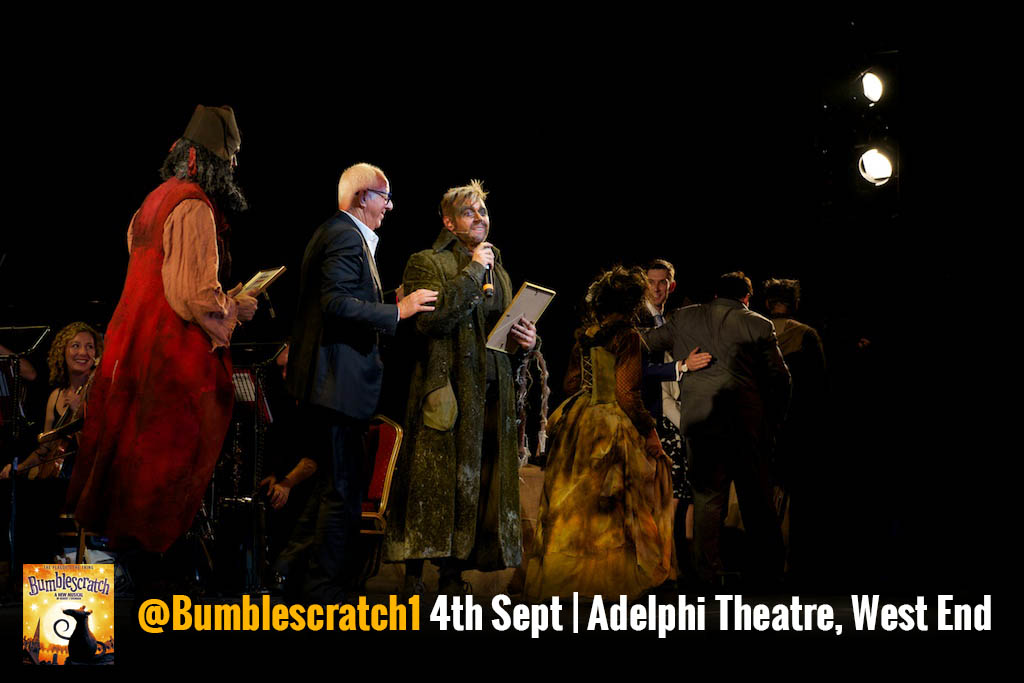