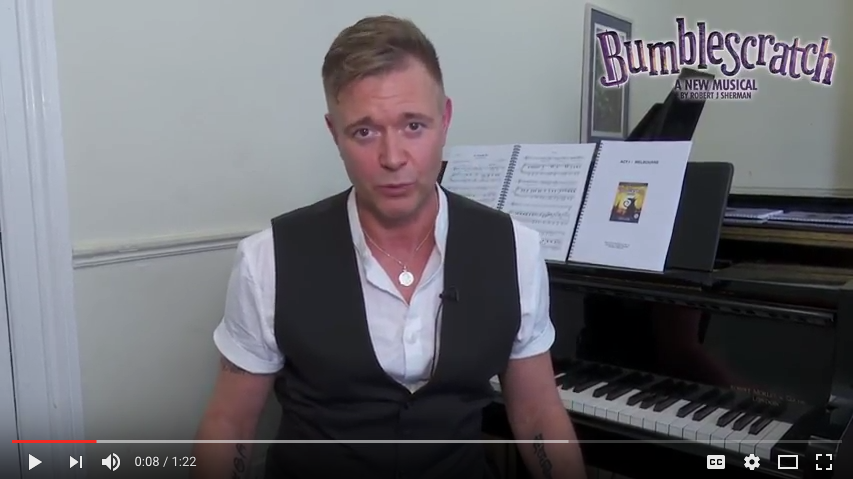 No sooner had the ink dried on Darren Day‘s contract than we whisked him into the rehearsal room so he could start learning those fabulous Robert J. Sherman ditties, including “At Least a Rat Has Got an Excuse”. He took a short break from note bashing on his first day of rehearsals to talk more about what attracted him to the show and the title role of Melbourne Bumblescratch.