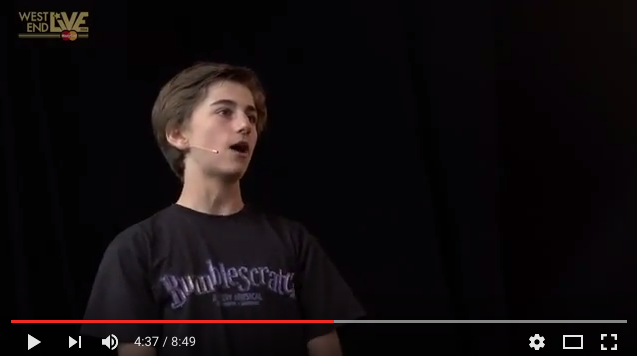 We were delighted to be part of WEST END LIVE, the annual extravaganza of West End musical theatre, which took place this past weekend in London’s Trafalgar Square, where more than 500,000 people attended.

Here’s a video to show you what you missed – an eight-minute medley of BUMBLESCRATCH songs, including the infectiously catchy “At Least a Rat Has Got an Excuse”.